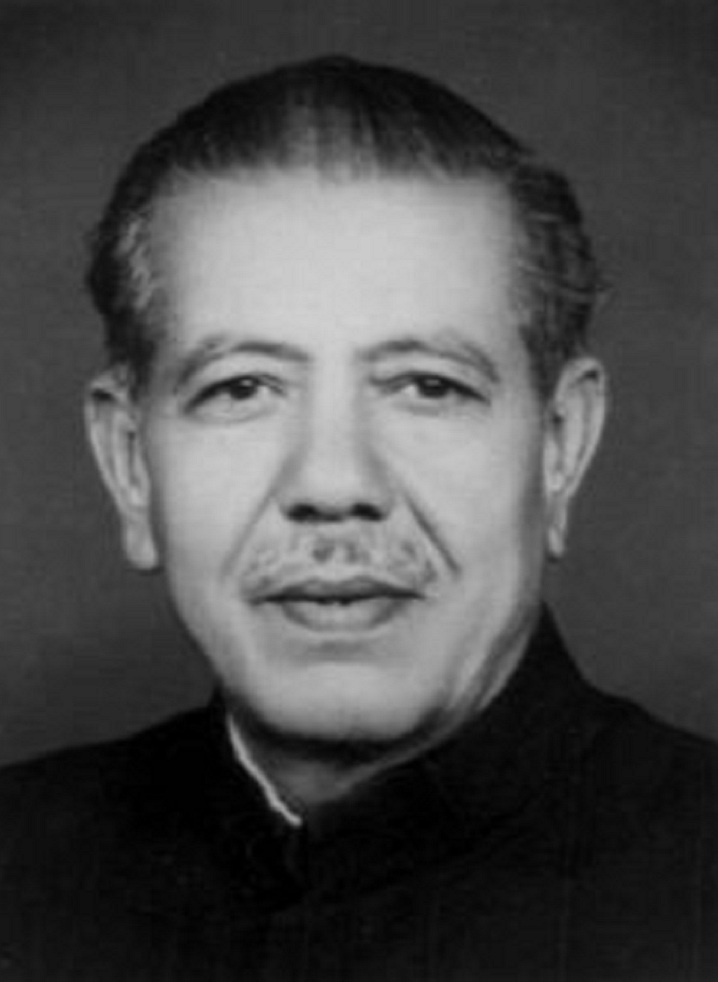 Founder Trustee of the Trust, Shri Purshottamdas alias Rawatsinghji H. Purohit belonged to a respectable family of Rajpurohit Brahmins in village Basant, District Pali, Rajasthan on 2nd August, 1920. His father, Shri Hartingji was a farmer and mother's name was Smt. Shatrudevi. He developed a warm personality from his father's values and mother's tenderness. He was a great worshipper of Lord Shiva "Bhuteshwar Mahadev". Born in a lower middle class family, they had to face the same circumstances as any other farmer's family in Rajasthan. Unfortunately, he lost his father at an early age of 3 years. At the tender age, he migrated to the paradise city "MUMBAI" (then Bombay) in search of livelihood and better prospects along with his elder brother Shri Bhabutsinghji with nothing but a mind set to establish a career.

He started his career as an assistant cook to a big industrialist and would study in his spare time as he foresighted the value of education in the days to come. Very soon, his dedication & grasping power impressed his master and he accompanied him on their tours to various places in India. His sincere dedication towards work earned him promotion as chef. Along with his master, he toured England, Italy, France, Austria, Germany and many nearby nations. At the age of 24, he got married to Smt. Sarojdevi.
The experiences of these trips polished his personality, thought and further developed his business and management skills. While traveling abroad he was greatly influenced by Netaji Subhash Chandra Bose's freedom movement and also had an opportunity to get in touch with Netaji. Subsequently, in his homeland, he was also deeply influenced by the Iron Man Sardar Vallabhbhai Patel and started serving the Nation by taking a squirrel part in the freedom movement of India. After Independence, this self oriented man started a small lodging and boarding venture in Mumbai. His core dedication in service and honesty with excellence captured a lot of clienteles from the business community. It is well known that happiness is always followed by despair. Due to an ill-fated incident, his elder brother lost his eyesight. Then, he became the sole bread earner of both the families.
The cheerful and alluring Late Shri Purohit was a very helpful man and was always sincerely devoted to the cause of Social Work and Justice. One would always find him giving his share of contribution at the time of natural calamities such as floods, droughts & social unrest to grieved people. He also actively helped the government machinery such as Municipal officials, Police, Mhada, etc. and citizens at the time of civic needs in Maharashtra as well as in Rajasthan. He was a self made man with little self education and enormous practical experience. He knew the great values of honesty, efficiency & sincerity. His punctuality and dedication towards work materialised his dream of building the chain of Adarsh Group of Hotels. This effort has provided employment to hundreds of people directly, indirectly and has helped many others to stand on their own feet. He also worked hard for the development of the service industry. He was then greatly impressed by the Late Prime Minister of India, Lal Bahadur Shastri and every year, he celebrated Shastri Jayanti with great pomp and splendor and would commemorate the annual event by holding award ceremonies to commend eminent journalists, film personalities, public workers and distinguished people from various disciplines. These ceremonies are publicised by leading newspapers and covered by TV Channels.
He was a man of few words and a great listener of the voices of souls of sufferers. He was always on his toes to provide every help and assistance to the needful. He owned a pleasant personality and always carried a charismatic aura, grasping and conceiving everything from every person in totality through his compassionate eyes. He has rendered his whole-hearted support and services in founding many landmark projects which include Marudhar Balika Vidyalaya, Vidyawadi; Mahavir General Hospital and Research Centre, Sumerpur, to name a few. He was also very committed to the society, a small example of which is that he kept a vehicle in his village for more then 20 years for needy people who wanted to seek medical assistance. To further alleviate the society and continue his march towards the betterment of the society and upliftment of the downtrodden, he established the P. H. Purohit (Rawatsingh) Charitable Trust on 24/07/1989 (exactly one year before his death). This Charitable Trust is dedicated towards the progress of the whole society and has achieved many goals in various fields within a small period. Since then, it is serving the society in all possible ways.
Unfortunately, he got very scarce time after establishing his trust for serving people and all other species of life and this charismatic personality left for heavenly abode on 23rd July, 1990 (i.e. Shravan Shudh 2 of Vikram Sawant 2046, the first Monday of Shravan Month) to perform his sincere duties in Lord Shiva's Durbar leaving his wife, 4 sons and 3 daughters summoning his presence for the rest of their lives.
The Municipal Corporation of Greater Mumbai has already recognised the efforts rendered by him in benevolent activities, humanitarian services and social upliftment and renamed the Municipal Street "Cavel Cross Lane No. 1" as "Late Shri Purshottamdas H. Purohit Marg" situated at the junction of Kalbadevi Road, Mumbai on 23rd July, 1991; The first death anniversary of Late Shri Purshottamdasji.

In recognition of his strive for social cause the Government of Maharashtra appointed him "Justice Of Peace" and "Special Executive Magistrate" from 16th November, 1971 up till the time of his death.

The Municipal Corporation of Greater Mumbai, has already recognised the efforts rendered by him to the humanitarian causes and upliftment of the society and renamed a Municipal Street as "Late Shri Purshottamdas H. Purohit Marg" situated at the junction of Kalbadevi Road, Mumbai on 23rd July, 1991, the first death anniversary of Shri Purohit.

I was not expecting you'd die so soon. You are always in my heart, Dad. I lost you in a very terrible moment of my life. Dad, I love you so much I wish you come back to me.

I lost my dad in a hospital. We all miss him dearly. It has not been easy to forget. It still feels like it's a dream I will wake up from someday. God bless his soul. RIP Daddy.

Under the influence of Netaji he organised Blood Camps.

Donation in the construction of a School in his home village Basant.

He has played very active role as well as helped in many way for instituting of Mahavir General Hospital-Sumerpur, Varkana School-Varkana, Marudhar Balika Vidyalaya-Vidyawadi.

He donation towards construction of Dharamshala at Sanderao.

Meeting of Ministers from Maharashtra and Rajasthan including then Chief Minister Shri Jagannathji Pahadia.

Sunil Shastriji, Minister U.P. and his family with Tarachandji Barjatia at Rajshri Production

Gracing the gathering along with Ashok Ghelotji and Mangilal Aryaji

In a pleasant victory along with Murli Deoraji Union Minister

At a function with Mayor of Mumbai Dr. Shanti Patelji and others

Along with R. H. Mendoncaji, Ex. Police Commissioner of Mumbai

Holi with Raj Kapoorji and others at R.K. Studio

P. H. Purohitji at his jovial best in Rajasthani Safa

Seated on dias in a meeting organised for social development

During the Oath Ceremony of A. R. Antulay at Raj Bhawan, Mumbai